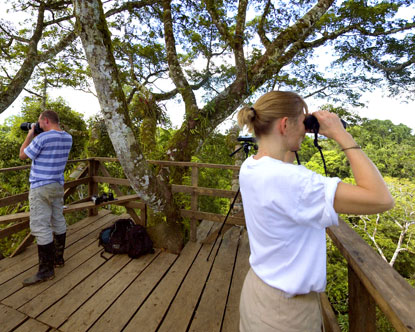 Medium-Sized Figures moving in Open Terrain in Daylight are the base for determining Spotting, as modified by Range (60') and Circumstance (Clear Weather); this number is [08] on 2d12/1d24.

Once Spotted, the figure may be visually tracked and if operating out of a fixed locale, may be Observed. Observation is more than simply keeping one's eye upon the figure. It involves actual thought into the why's and wherefore's of the creature's actions, the pace at which it performs these tasks, and its general gait and bearing. If it is seemingly agitated it may later calm if it feels more at ease. These different States become increasingly more important to discern and codify if contact with it or its kind is to be avoided or approached with caution.

The rules for simulating this process in-game are as follows:

Each Party places a secret Stake in the Intensity of Observation:

5 - (O) Shadowing the figure and not being subtle about it : Gang members loudly following after visitors to their neighbourhood

4 - (Y) Subtle Tail and casual surveillance : A constable in the area of each locale a person of interest visits


Each of these investments of Risk are rewarded with a certain processing time and depth of Observation, with High-Risk confrontations possibly yielding the fastest apprehension of a figure (or capture of an animal, restraint of a robotic unit, etc.), but often resulting in the injury or death of one or more persons, including unintended individuals, with the pay-off in speed and the liability in safety. These risks are minimised if this action is the final step in the hierarchy of Observation, from Planning (V) to Direct Interaction (R). A well coordinated Observation launched into Action regarding the target has advantages going for it, not the least of which are the number of personnel brought to bear versus the individual(s) of interest. The Target of the Observation has a base chance to detect the Observation equal to 17 (- PSI or SCP PM + The Observer's Stake) or higher on the roll. If the figure detects the Observation, they may be more prepared in any future contact, with a good rule of thumb being that the length of Observation in time factors (Turns over Rounds, Hours over Turns, Days over Hours, etc.) grant the Observers a +1 to execute their Action.

The Stake in Observation requires an inverse amount of time/expense investment, where (R) is the least and (V) the greatest. If the Observation is merely conducted in the field by scouts/spies, then factors (R-Y) are most likely to be employed, and allow for swifter Action. In urban environs, Stakes (G-V) are more easily possible and likely as the importance of the figure is determined. Simple miscreants are unlikely to be the subject of a sophisticated Observation operation, unless they possess important information or contacts too delicate to risk losing.

Posted by Timeshadows at 4:28 PM 0 comments