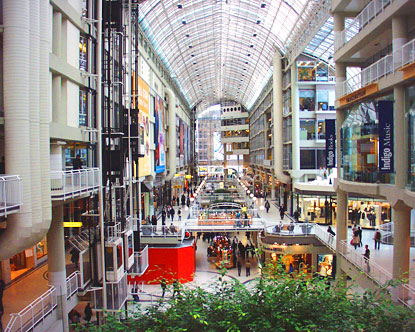 The PCs are back to the Marnharnnan 'Megadungeon', a subterranean emergency colony of the Ancients. In the past, an endless stream of Runners (fast zombies) would emerge from a tunnel into the initial site, but since the Orthodox Wodic priests have been brought on site, that problem has been brought under better control.
A new area with worker dwellings, like Japanese 'coffin motels', apparently set up for the folks who used to run the behind the scenes infrastructure was explored and reclaimed, although Runners and Hyenamen are still a bit of an issue. From there, the PCs chose to head into a mall-arcology with apartments above two floors of shops, and two sets of monorail tunnels on either side.
An earlier session saw the PCs visit, and take books from the climate-controlled bookstore, falling back to held territory. Tonight's session went from there, where the first sector, Phoenix Spoonbill, was explored.
Contact with Runners recently dressed out in clothing and gear of the Ancients were engaged and deactivated, and these peculiarities were noted, including monorail tickets punched and worn on leather necklaces, etc. Pressing on, it became clear that folk were selectively removing items from various shops, and using them to outfit the mindless undead.
Moving into Water Badger Sector of the miles long mall, a group of humans were met who first contacted the party through a dog, the native psychic using the critter as the envoy, and peaceful relations established. These Water Badger tribesfolk held the eating establishment closest to the edge of their sector, 'where it is always the end of the work week', and were pleased to offer selections based upon the menu's photos. The Water Badgers' leader, Shaulm, a Khem woman, explained how each sector had its own tribe whose generational duty was to maintain their portion of the arcology. Other tribes included the Golden Egret, Snapping Lungers, Spitting Spinefish, and Jungle Howlers.
'The Walkabout' is the name for the fungal-based undead infection, and the tradition of honouring the dead simply transitioned to those who died of the black fungus. Jungle Howler apparently has the most dealings with the Walking Ancestors, and contact has yet to be established with them or the Spitting Spinefish, who appear to be vassals of the JH. Water Badger warned that Jungle Howler were tricksy and demanded tribute, and that the SpitSpine were prone to ambush.
We held it there.

Posted by Timeshadows at 12:08 AM 4 comments