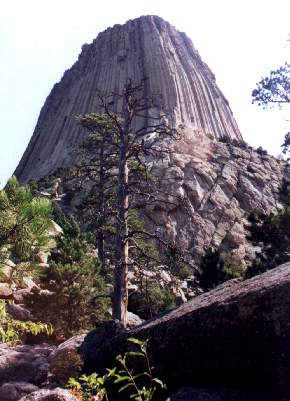 I'd made a promise to limit the campaign posts, but this one seems to be pressing against the walls.

The combined Boxed Set and Vanguard game I am running on Google+ is centred upon Lady Hudernm's Xudorn ('Sublime Colony') upon the east cost of the Marnharnnan Continent, from whence the PCs have set out in their westward exploration of the Sunkent Continent's virgin wilderness in search of lost Ancient tech. These meanderings have brought them in contact with one or two Dokirin (indigenous peoples) and an entire community of Abbekqorru (starfaring wolf-bear folk), as well as an intelligent plasma life-form which hunts the moors immediately below the aerie of the Abbekqorru.

The neighbouring Wodic community has grown up into a rather large wild/agri centre and the druid-like folk of the place (I'll not bother you with the difficult name) have become well-enough liked by the Vrun to be considered a sister-town to the commercial interest of Xudorn. Recently, a devastating, Undead-creating attack upon the Wodic community was launched from out of the jungles of the west and the intrepid PCs have since mounted up on their ornithopters and flown out to investigate the area indicated by the Wodics. On their first reconnoitre of the area, they encountered a sigil-filled circle which glowed with unearthly light from the forest floor. This area was surrounded by strange fog banks, rather unlike clouds, at a height which brought one of the craft in contact with them; the immediate effect of loss of lift upon the craft was instrumental in the onrithopter being drawn in by some sort of 'tractor-beam' and forced to land within the circle. A wodic scout dropped down with an incomplete flying-broom to slow her descent and scouted out the area as the craft's pilot was captured by what appeared to be black-lacquered skeletons.

Rather than risk the entire scouting mission, the group pressed on the remaining 10% of the way to a tall upthrust which towered over the wetlands jungle and grassland. From this tower of rock several spires jutted out well into the low cloud cover, and appeared to be part of the weapon-system of the place. A too-near approach by a PC pilot resulted in said craft losing a good portion of its starboard wing, and forcing it down. The PCs managed to get the downed pilot strapped onto another craft and then flew to the rim of the upthrust, which itself held untold depths of clear water some way down out of which the spires arose.

The courageous PCs infiltrated the wall's interior spaces, surprised a few more black lacquered skels, and pressed on in the base. Through great risk to their health and sanity, the party utilised the lift shafts geared to negative energy creatures, with each trip up or down these thought-operated shafts resulting in excruciating pain and accompanying ennui as their positive life-force was siphoned away. One fellow, Roland, was so wicked away by the process as to almost lose the ability to continue, but managed to overcome the effect once he realised a portion was merely illusory. They found Ancient Civil Defence supplies (personal survival kits, hydroponics gear and seed-stock, etc.) and took samples of what they felt they could carry before they were spotted by some sort of centaur-like skel on the far side of the interior. Thinking it best to be gone, the group flew down to the felled craft, effected modifications to another craft, and with the aid of the Wodic scout who had entangled several skels at the jungle floor, returned home to Xudorn.

After a brief rest, the group was re-assembled and tasked with leading a mission to secure the 'airfield' about 10 miles from the upthrust, in case its capabilities to down other craft was greater than previously encountered. This operation involved 24 troopers air-inserted via a combination of immature flying-broom stock, and parasails. An entire reinforced squad (8) either perished in a timing mishap, or were rendered sessile from their injuries. The remaining sixteen or so pressed on and encountered stages of black skels, then the centaur skels, and finally, scaly blue humanoids. Losses were great, and by the time the circle was reached, only about seven troops remained. A loss of a few others from incidental enemy action and mines whittled down the survivors to a paltry five or so before an errant dropped grenade killed another trooper. With the facility opening up to an expansive storage area beneath the surface, the few and demoralised group topside instead called in to be picked-up by their host craft and transported to the base of the upthrust. The remainder of the ground force is still hours away.

Posted by Timeshadows at 11:53 AM 2 comments