I am deeply honoured that Slade / Stephen has decided to start the Tremulous Antennae Urutsk: World of Mystery blog, which acts as a repository of Urutskan spells, items, and whatnot.

If you are following this blog, you ought to do yourself a favour and subscribe to the Tremulous Antennae, as well.

Posted by Timeshadows at 8:33 PM 3 comments

(carrying on from here)

Under armed guard PCs get to the Airship tethered nearby after a running battle with humanoids on crested riding lizards. Climb up rope ladders as airship rises. More reawakened memories emerge. Teash shares his recollection that the humanoids are an inbred Vrun offshoot who long ago rejected the quest for ascension and embraced primitive life.

Airship captain questions PCs but is mesmerized by Naime who learns that the airship was sent by Maev-Xluaqh, all the crew were handpicked for their covert allegiance to her, and the airship seems to have been sabotaged. Another crewman enters (after a bad roll by Naime's player) and concentration is broken.

Disembarking, the PCs are quickly led to the Crone's wing of the palace rather than Fort Stalwart. On the way Mouwles spots the gaseous lifeforms from the swamp again. At the Palace, speaking from the shadows under the many birdcages suspended from the ceiling, Maev-Xluaqh slowly questions them and upon learning of their memory loss, tells them that she had sent them to some ruins after the field-archivist Teash's discovery of a map and technical blueprints. Yande does not believe her, just a gut feeling (a roll and a GM note!). The Crone insists that the PCs should return to the ruins.

Session ended. Only a short one having spent time playtesting stuff for this blog.

It is great reading this stuff and wondering what Slade is up to. :D

I am glad that you folks are having a good time with the setting.

I plan on 'pimping' the Tremulous Antennae blog right after I cross-post this.
--Sorry about the lag: I am still home-moving. :(

Posted by Timeshadows at 8:30 PM 0 comments 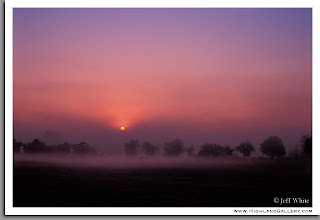 This was the first session played at my new home, and marks the beginning of the sessions being played there.

The girls were allowed to go back to their home, where they retrieved pre-packed rucks with things their parents wanted them to have in case of emergency travel (a 'bug-out bag' in paramilitary parlance), and successfully prevented the Ghoul from stealing their mother's good jewellery (has he no shame?). It was also discovered that the dog is at least receptive to mental communication with the girls.
--The group press on with the girls in a cart, pulled by the humanoids (hmm... Can take the mutant out of the Vrun, but can't take the Vrun out of the mutant, it seems), with plans to make for the tree-fort.

Before they were able to make it into that hex, the group found more ruins, now covered by the grasslands, but opt not to explore.
--That night, they set up watch:

Ten strange looking dogs or wolves or whatever attack, and quickly are met in combat by the group, and while the creatures inflict one bad wound on one of the PCs, a few are fairly handily slain (39 DP, with 1d4 Armour).
--As each creature is slain, a black form leaves them, and the body then withers into a husk that comes apart like ashes. Raylyss comes to realise that Qaj'wl is directing them out in the darkness beyond the campfire, and the Shadow-essence is possibly a Conjuration, and one of the characters tests the theory by Dismissing the Conjured Fabrication (hefty DP cost to do so). Raylyss uses his TK Grip on Qaj'wl's Jezail to wrest it from the beast. He tries to use it but opts instead to take up and fire his bow, missing. If memory serves, Raylyss does strike once (perhaps twice) in the next Round, and this initiates Qaj'wl's descent into the ground.
---[Zalder] performs a flying tackle and is being dragged into what feels like quicksand, but is rescued while still strangling the beast, which finally gives up his ghost, and the body is dragged out of the reconstituted grass-covered earth.

The human body is like a skin which covers the jackal-like body beneath it (NSFW), but Zalder's Mind Field suggests that it is devoid of the Monstrous Being's spirit. The body is bound and brought along.
--It is then confirmed that the girls' dog is both intelligent and possessed of powers, as it says to Zalder that it believes that Qaj'wl is now on the Shadow Plane, and is apparently aware of them.

Raylyss and the Ghoul's players then left while I continued with Zalder's player, and the newly introduced Osyl (passes for Vrun, except for her prehensile tail), who is a merchant who aids and abets the Aberrant/Dokirin/Humanoid populations by procuring needed items, and selling their goods in towns. Her mission was to secure ranged weapons for the Garrison, and she attempts to purchase twelve revolvers, but runs afoul of Marnharnnan Defence Agency Marshals (one definitely had psychic powers [Broadcast Empath]), who were originally willing to leave her six of the fine weapons, before she knocked a serious gunslinger 'upside da head' with her TK Blast. She only manages to go free by Conjuring a Fabricated gem and tossing it onto the prone bloke she had secured; a spear to his throat.
--Oddly enough, the merchant ran after her and handed over a box with one revolver, a belt, and a banolier, released to her by the Marshals. This, understandably, puzzled her, and she and her armadillo/turtle cart-puller ('snappy') headed out into the wilds.
---Fae night transports her, snappy, and cart (laden with 100 short bows from another merchant, earlier), to a fungal circle nearly 100 XsM distant, near the tree-fort, where she meets Zalder.

Posted by Timeshadows at 12:05 AM 0 comments