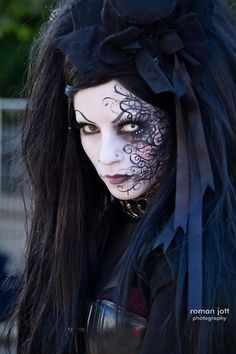 Consolidating the functioning of the Republic within the Starry Empire; here's a snippet I found today:

Starry Empire with Lybrti as Empress

A Knight is a Citizen-Soldier

John: To clarify, and to make certain that you don't try and override me: Your character has been serving in the Banner Ranks for nearly 07 years, since your assignment as Squire.  During this time, your character has matriculated through the ranks and is poised now, at he end of 7 years, of attaining the rank of Staff Sergeant (SSG). Your character is currently serving as a Sergeant (SGT).  Your 1 remaining standard Blessing point could be used for a full promotion out of Enlisted to the rank of Second Lieutenant.

Matt's character, although slightly younger, is also a SGT, in the same situation, largely due to the character's social background influence

So, to catch you [Matt] up.  Your parent, the Baronet/te employed multiple Knights, and one of them owned the manor on which John's character grew-up.  You had bumped into each other at holidays, but only started 'hanging out' in the military.

You are both at a Sergeant rank, and have been assigned to a military interdiction task force dedicated to stopping the flow of stolen military arms to the Solar rebels in the heartland, as well as the odd shipment bound to the Lashan Hillfolk rebels.

Your home region is heavily forested with old-growth indigenous trees as well as a smattering of alien life forms (flora and fauna) which find the conditions pleasant.  It is backed in the NW with mountains, to the east with mostly fresh water, and the rest which isn't forest are grassy plains.  This region used to be Michigan's Peninsula before lake Michigan was cancelled by the mountains.

Your Company is Leander's Leucrota, and the Company Mascot Cult is the Leucrota ritual.  You all partook of a Leucrota's brain after it had been feed a criminal from the area of operations for which your Company is responsible.  You now have the memories of the criminal, as well as the Leucrota's prior victims, such as perfect recall of bird songs, and the words uttered by its victims immediately before their ambush-deaths.

John's training has him specialised in Bugging, remote surveillance technology and repair.

We need to go through the process to determine your PC's capabilities.

OK, that's it for this week/

Posted by Timeshadows at 12:39 PM 0 comments

o Haven't looked into Hittite, yet.  I think I'll wait until I simply cannot get something done with Vrun as is, and then look to add only what it needs.

o It already proves to be truly Particulate, permitting math functions to be performed upon the Phonemes to create new, sub and super-structural words/phrases which still cleave to the parent sample.  This is apart from their numerical values -- not even in view for this discussion.  Very much like the Abrakadabra formula.  I don't know what to call this function which arose: stripping the Conditionals (vowels+) out, leaving the Noumenals (Consonants+), and it retained meaning and similitude to the origin text, and yet, stated something new which seemed obviously necessary after seeing it.

o I have been watching a lot of Dr. Sledge's ESOTERICA channel on YouTube; more than a few Old School D&D references in his videos.

o I have found several new-to-me female singer/songwriters, among them: Emilie & Ogden, Morgan Wade, Lera Lynn, and this one which doesn't seem to be indicative of her other work, which looks too weird for me: Fever Ray: https://www.youtube.com/watch?v=jWFb5z3kUSQ

o I have a little hobby exploration planned: braising four old US coins into as many bezels and connecting them to ribbon-pins of medals.  One coin each is the Walking Liberty, and the other, Standing Liberty.

Posted by Timeshadows at 9:19 PM 0 comments

o I have been diving deeper into Vrun and delineating what passes for Grammar in what is really more akin to Semiotic Icons.  The Durn influence upon the newcomer languages of the other Ethnicities (including the, Urq Keys, of Imperial Starships) was to provide their Grammar as the underpinning of all Human languages apart from true Outlier cultures, isolated and/or decidedly insular, as they were before disappearing into obscurity.

o I'm musing over adopting a variation on the Hittite, Animate, and Inanimate 'genders' for a test spin on Vrun, but, 'I ain't fer shur yet.'  I think the no/low Grammatical influence is a feature and not a bug.  Its meant to convey contextual data within Caste Clans daily operations, not facilitate poetry.  It is a very Vrun language.

o The shorter TV series idea is winning out, and I have spent hours thinking through scenes but have yet to commit their outlines to text.  I want to familiarise myself with Industry Standard formatting, and see if  my copy of, Scribus, would aid in this, or I'm better off staying in no-frills .txt mode.

Posted by Timeshadows at 4:45 PM 0 comments