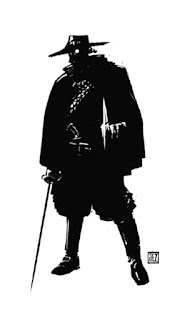 
In returning to the 2d12 task resolution system I have used for years with Urutsk (from the d6 Die Pool of Vanguard), I find that I want a bit more peculiarity in the results, and have been toying with a Doubles Add, Roll-Over (DARO), ported straight over from Tunnels & Trolls.  No doubt this is from my work on Porphyry, and seeing how much joy the occasional DARO brings to the beleaguered Players.  However, 2-24 expanded to an open-ended range presents new design considerations, namely, what are the implications of over achieving on a T# on the output of a Effect Roll?


In Porphyry, I've added the effect of half the difference of Ranged Combat adding to damage.  This seemed to work well in T&T, even with Ranged Combat modifiers included in the already high ranged weapon damages (firearms, and even arrows, kill in Porphyry).  Would this work as well in U:SA, and on technical Task Resolution, such as repairing a starship drive?  Reducing Time, finding Work Arounds/reducing the number of steps, and Improved Quality are all clear possibilities for use with the one-half Overachieve mechanism.


My Spectral Index mechanism is a feature that GMs and Players either enjoy, or hate, and I've come to learn that many find chart look-up a deal-breaker, even if only the GM ever needs to do so.  I'm certain that Overachievement can be substituted for the SI, but it also increases the maths needed to perform Task Resolution, possibly an even swap in look-up v. calculations.


Lookining forward to your input.  :D

Posted by Timeshadows at 1:43 PM 2 comments