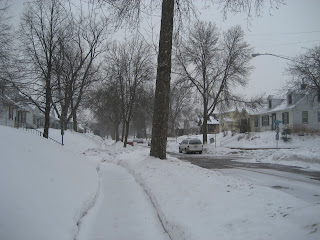 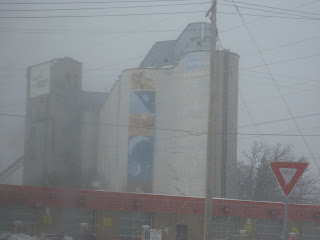 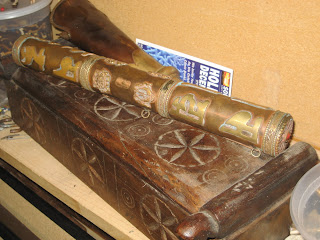 Scroll Tube. My girlfriend, C., was inspired to purchase the sister object, at a local market. 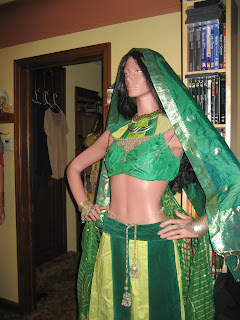 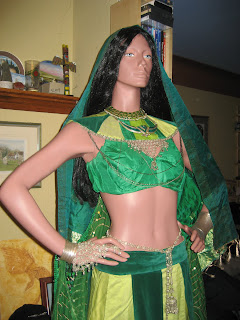 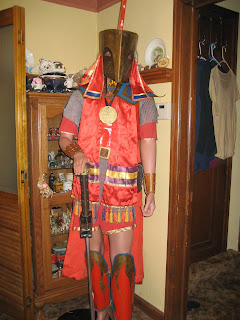 Chirine baKal (Jeff Berry) costume. It is composed of hand-made chain shirt (weighing in on the order of 30 Lbs.), a back and breast plate (etc.), and the ?brass? helm. 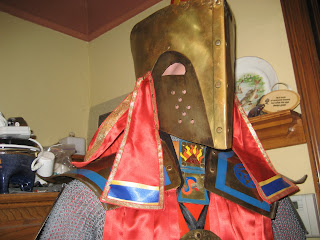 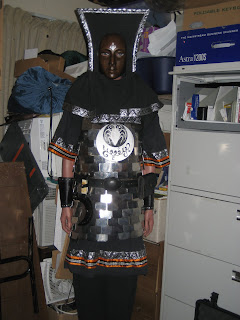 __________ (Janet Moe) costume. The mail is comprised of rather sharp metal platelets all set together in a most exacting manner. The 'square head' and accompanying mask really make the costume, and the much sharper sickle adds that extra touch. The figure represents one of the more unusual (for Tekumel?!) groups in that they are adherents of one god while serving Ksarul, after their god's betrayal of Ksarul in the gods' eternal battleground (been there. Wacky place.) 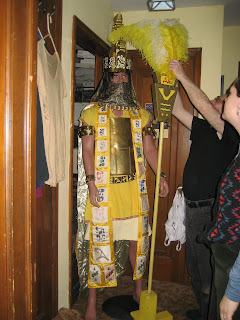 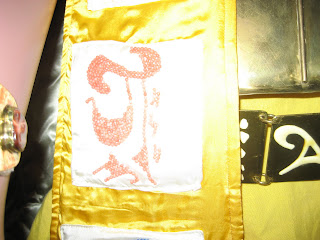 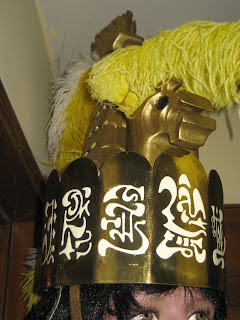 __________ (Don K.) costume. The priestly drape is made up of sigils/letters, and each of those is comprised of semiprecious beads, 15k+ in total if I recall correctly. The helmet was wrought and etched and enamelled and re-polished to that shine. The critter in the detail atop the piece is carved from a single piece of wood.


Later posts will be of the Tekumelani miniatures that inhabit the basement.

Posted by Timeshadows at 7:45 PM 2 comments