Operation Skullcrusher Mountain, and a DnD Toy for You- 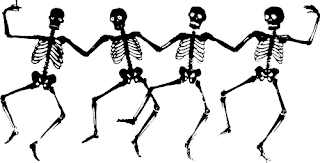 Well, Friday the 21st, saw the sixth (or so) session in the offensive against the Undead bastion, and the destruction of the facility's attack ability. The estimated losses on the friendly side is in the low hundreds, with roughly three times that on the Undead.

Technology, both Ancient and arcane, has been secured, and the alliance with the Green Cavaliers (a Vrun Military expedition) and local Abbekqorru has blossomed. This confluence of events should dramatically boost Xudorn's (the commercial colony) strength without dramatically increasing its land-use footprint, as the hydroponics tech found at the site, as well as bio-tech the Abbekqorru utilise should increase the efficiency of the small community (currently roughly 1k pop.) without much slack time in implementation prior to winter. The fact that winter will not reduce agri concerns means that the most prevalent reason for any colony's failure shouldn't be the thing that could do-in Xudorn.

Now, with Ornithopters, small Zeppelins, and the Abbekqorru global map, Xudorn and Ft. Greenpennant (six-days ride to the south) are likely to have a far greater degree of cooperation and 'cultural' exchange. The effect of the Abbekqorru upon the burgeoning Vrun presence on the eastern seaboard also remains to be seen.

---[The Game]---
Provided for players of the grandpappy of RPGs, using d20s in 'to hit' and polyhedral damage dice

Posted by Timeshadows at 1:31 PM 2 comments