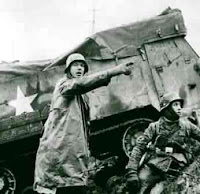 VRUN perceptions of the cosmos in which they exist are based primarily upon their Starship Crew Caste Clans parcel of data, and for those individuals who possess two or more such backgrounds, the intersection of these parcels of data create a vista greater than the sum of the parts.

Where the native Yirinn (the current dominant power on the planet, much to the chagrin of the Vrun) see the cosmos as an unfolding dream largely devoid of logical constructs of causality, the Vrun mind is geared to see everything as having a part and place in the whole. Where the industrious and innovative Yaesh see a clockwork mechanism of regularity and cyclical assurance, the Vrun see a flexible network of dominance and transience. Where the ancient Durn of the southern continent see Providence and Judgement, the Vrun see a realm of possibility and fields open for mastery. Where the mystical Lhoman see illusion and the playing out of a great game, the Vrun see an as-of-yet incompletely-understood matrix of factors that require self-mastery to fully exploit.

The Vrun embody a work-ethic not for the pride in craftsmanship or the splendour of the work in its final form, but merely to reach the next plateau on their way up, always and ever further upwards. With few words in the Vrun language to express common states, emotions, or qualities, the Urutsken (native) wonders what it is all for, as if it were a race to the finish line without knowing what constitutes the victory. While most Urutsken are eager to help the Vrun leave the wetlands world, they also secretly hope that their cousins will develop as a people in the world rather than apart from it.

The Vrun, in general, can only conceive of their near-mythic past glories as possessing any intrinsic value, and one only to be understood within the muted spirit of the crafted People. Indeed, there is much going on in the Vrun heart that they cannot express, not for the lack of possible letter arrangements that could construct meaningful terms, but for a lack of self-knowledge. For while the Yaesh to a person work unceasingly to expand the glory of the Sublime Court upon the world's surface, and the Yirinn smile at the transient accomplishment of empire; while the Lhoman meditate upon the Origin and Return of life and the Durn simply give thanks for each day as it is provided, the Vrun are a mystery unto themselves. Without that autognosis to give meaning apart from the Quest for Ascension, the Vrun tongue and stylus can only note measurements, record variations, and compare findings to incomplete records of a bygone era.

As with any sample, there a number of Vrun who are more attuned to the depth and wonderment found within the cosmoi, and it is these few who (though irksome and ill-appreciated) provide the Vrun People the needed introspection to avoid the curious paradox of utter stagnation in the drive forwards, and bankruptcy of culture to prevent the internecine tendency that has plagued the Imperial castaways these millennia. In truth, much of the Imperial Glories have been lost in the long centuries of Winter's struggle, corrupted and misinterpreted, and outright manipulated by those in power. Yet, it is the call of the Imperium that imparts the social momentum of contemporary culture forward towards 'a better tomorrow'. Indeed, each Vrun generation brings with it great technological re-inventions and 'new' discoveries that then set-off a chain reaction of recollection/imagination making new components available in the Quest.

Posted by Timeshadows at 9:32 PM 2 comments