I Hear You: Logo + Booklet Title-

I have read the eight comments on the previous post after having tweaked this and another booklet's cover. Here is a second go, although nothing is dead-final: 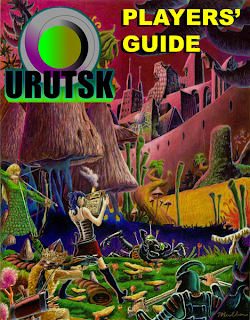 As to the nearness of release, I cannot speak from any certainty, and as others have said, it is best to deliver on promises --therefore no promised release dates. In short: It'll be released when it is meets my compromise between perfection and reality of what a first print, first edition product can be.

I will tell you that the product is not (in all likelihood) what you think it will be, and I look forward to reading the strong opinions about it when it is released.

Work on the final draft of the Referee's Manual will begin soon after the main release, and the cover artwork for that book is stunningly beautiful. It is difficult to contain my excitement. :D


I'd like to take this time to clarify something:

My 'devil's advocate' stance in the OS discussions should never be construed as one of antagonism towards the authors themselves. Like most of you, I have strong opinions, and when I am not with the stated majority, I imagine I am more of a grain of sand in the OS oyster than its shiny pearl. Yet, that's from whence pearls originate: an irritating grain of sand chafing at the soft underbelly of the creature. ;)

If I don't care for you, like Florida weather, wait a few minutes, as it'll often pass. If not, you'll know.
--If you don't like me, may I suggest you use your energy more effectively by doing your own thing more strongly to offset my Annoyance Factor. That'd be like producing a pearl out of a pesky grain of sand. :D


:: Best to all of you out there in Gaming Land

Posted by Timeshadows at 2:11 PM 5 comments

At the suggestion of scottsz, I have incorporated the Logo with the Mullen Cover: 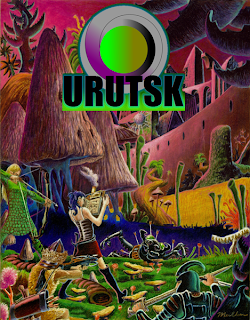