With players out of town, I had the pleasure and honour to run for the FLGS owner's younger son, playing a Half-Elven Wizard 0 / Ranger 4 (Archer, Hunter, v. Horde).  He had been handed the character sheet by one of the other gamers at eh store some time ago, and I updated his HP and corrected a few other bits.  We went with the concept that rather than going into Wizard after 4 levels of Ranger, Dave, yes, Dave, had been the apprentice of a Human Wizard in a remote two-storey round tower.  The woods around this tower included old Elven ruins, but the Wizard had warned Dave off exploring them, as they were not the same sort of Elves as his people.

Years after the Wizard's death at the hands of Humanoids (Goblinoids?), Dave was back in the are and decided to investigate.  Stealthing in, he found evidence of recent activity, but made his way up to the crenelated top before returning to the 2nd storey.  Investigating a magical doorway to the ruins (at ground level), Dave was ambushed by a lone goblin with a short sabre.  The slash only did 1 HP, and Dave, thinking quickly, used Minor illusionof a female Goblin to distract the Gob, then had him on the ground with a called shot to the foot; the Gob was fully crippled and called out for help.  Dave preemptively Ray of Frosted through the doorway, and the Gobs in the ruins failed their Morale, leaving the crippled one to his fate.  Dave decided to spare the Gob and strapped him to his backpack and quickly left the tower.

Moving towards his Ranger Tower camp, the pair encountered an Owlbear at about 75 feet distance, and tried to sneak around it, but failed.  Dave ran and began climbing up a thin tree but was followed up by the Owlbear who only narrowly missed him due to a poor climb roll.  The next round Dave attacked with firebolt and scared it off.

Making his way to the Ranger Tower, the Gob was handed over for interrogation.  I mentioned as Dave bedded down for the night that a blinking light had recently begun to cross the sky several times each night, and that the older Rangers started talking about the return of the Offworlders.  The next day, Dave was ordered to investigate a site where something fell from the sky; he requested two other Rangers accompany him, but received only one, ...Bill.  Bill and Dave made their way for hours and then encountered a series of strange lights, sounds, and saw something like white smog roiling out of the forest clearing ahead.  Nearing cautiously, they saw that the ground was vibrating so powerfully that debris and sand were floating and writhing around, creating the smog-like effect; the strange sounds and lights were tied to this.

Posted by Timeshadows at 11:16 AM 4 comments

How to think of your Imperial Caste Clan backgrounds-

We've lost a player (the Shadow Paladin in both Saturday and Sunday games) to a move out of state.

Posted by Timeshadows at 3:54 PM 0 comments


There is a scene where the Tiefling Warlock's gilla monster familiar was sent through a cracked portal showing an actual space scene with planets and starships.
Knitting together the broken portals of their entry into the Hereafter, the warlock was given the stakes of making several lower DC attempts, but chose to shoot higher and failed.  As things started to fall apart, the Dust star they had stolen from the sphere shattered, acting as a fuse/circuit breaker.  The ship, the view outside, and even the PCs changed appearance.
The colouration changes were most profound for the Black Dragonborn who became Ivory-fleshed, Red-scalled, and gained a Green and a Blue eye; additionally, rebooted with gills and fangs.  The other big changes were the Tiefling now with Lilly skin, Golden hair and Amber eyes, and the low-tech Human fighter, with white skin and hair, and black eyes.

Answering a hail from four or five different ship sources, the party learn that they are invited (with the others) of meeting at a city of gazebos by the Ancients of this world, fifteen times larger than earth.  The world is beautiful and complex, majestic versions of the various earth zones/terrain, and others besides.  Meeting the other space travellers:

1). Humans in war-torn battle gear, smelling of pollution, describing their world as having been invaded and now ruined, with nuclear, biological, chemical, and dimensional fallout making life hard as well as the continued presence of the aliens.

2). Trek-types trying to be pragmatically reasonable and succeeding in being moralistic.

3). Necros-types from Unreal Tournament becoming friendly with the Polluted (1). 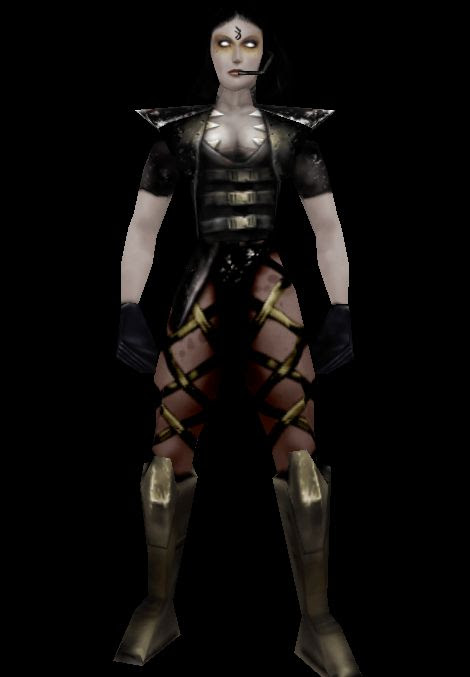 4). Primal elemental being s with very low opinions of biological life forms wanting to return Natural Order to the world if inhabited by 'monkeys'.

5). Mantis folk who profess to act as biological librarians, preserving species and bloodlines; suspected by the Fighter of being ranchers of delicious rarities.  These offer the lone gnome a heritage and after his agreement, punch biopsy and dope him with mind control virus which he fails to Con-save out of, but succeeds in Int-saving his retaining self control and awareness of the effect.  His accusation of foul play results int eh mantis' retreating and leaving on hover or grav vehicles back to their craft.

Meanwhile, the totally avaricious Warlock of course answers an outsider's call to contract with it to build a gateway onto the world; and she, of course, does so.

We held it there.

Catching Up on Saturdays

Nov. 08th). Waking up in the chromed DHL van alien spaceship with psychic interface, the PCs quickly dispatch an Undead Abberation Cyborg and regain control of their ship.  They see that robots are dismantling other ships in a larger hangar and they fight a power suppression effect to get off the ground and are successful.  Mayhem and dstruction results in the undoing of the ceiling of the hangar anf the collapse of the upper tower's ground floor.  Among those falling to crtain doom is the new PC, Richard, a single-classed Fighter from a typical Fantasy world, providing body guarding to a winged serpent who paid him in meat.  Richard's sword allows him to Teleport short distances based upon his current (HP) total, and he is also Telepathic modelled after the Awakened Mind of the GOO Warlock pact feature.  Caught in the cargo-bay ramp of a teal Shark-shaped ship piloted by another new PC (a Dragonborn), Richard was saved.  Warren, the Gnome with the horseshoe ship was in communication with a small fleet of ships who had reprsentatives of their crew captured in the twin tower graveyard facility.  With Warren's presence, they aliens decided to attack the facility and contributed to the place's destruction in a hail of energy beams and missile attacks.  The DHL and Shark-shaped ship escape and dock with the horseshoe.  A Shadow Gate was used to enter Elementral Shadow and the group Long-Rested there while a few PCs upped their powers and connection to Lord Shadow.

Nov. 15th). Dragonspace is full of life forms which resemble sea life, including coral, medusa, and algae or bacterial clouds.  Flying through this portion of the Realm brings the ship in contact with increasingly more complex reptiloid forms, as if a lifecycle were represented, culminating in more and more draconic forms.  Eventually the Party's sensors detect pulses of light and increases in heat and turbulence ahead.  As the waves wash over the ship, it is postulated that there may be an audio component to the waves: struth: 'Welcome, interlopers.  It has been so long since last I took humanoid form.  Please meet me for tea at ___ location.'  The PCs agree this is likely a dragon, and decide instead to turn around rather than press on to the Space Gate located further.  Not given the opportunity, dragonoids (including egg-shaped craft) attack.  They destroy them, and then the red dragon attacks, nearly destroying them, but lets them live with a broken gnome ship.  This is makeshift-repaired and then repaired at a trading post.

Nov. 22nd). Red light district action in the previous adventure and this one leads to a map and a mission to deal with mineral rights in an 'asteroid' cluster owned by various dragon interests and occupied in part by stone giants.  This leads to a deal with the giants in exchange for formal relations with the black dragon syndicate in question.  The ore the patron wanted is delivered and the map is handed over.  The shadow paladin has now added 1 level of warlock (Lord Shadow), and the group plans to enter the dragonbone highway.

Nov. 29th). With new allies who own a Jammer Helm, the group pools its funds and buys a ship to place it in.  This one is large enough to house all the smaller ships and dock with the gnome ship.  These ships augment spells cast through them by multiplying range by 3.  Anyone can Pilot, but it is best if Cha, Wis, and Int are high.  They set aout and enter the cavernous highway.  First encounter is an Aboleth.  They next stop in a giant slug market, and pick up a few paying passengers, and an alien regeneration specialist healer with a starfish head who eats the diseased tissue and plants regeneration spores in the patient.  One of the new PCs is a K'en Unai (Jedi/Sith class someone wrote up for 5e) and he travels with a Tiefling Warlock (Tome) of Mr. Dust.  They find, another Force Sensitive, an Eladrin female in a red bodysuit with a pair of triangular laserblades.

Dec. 06th). The gang presses on and encounters a fight between a Colossal Xorn and Behir, shaking up the cavern something fierce, and the resultant roof collapse tears the fabric of the distance-compressing whatsit effect of the dragonbone highway, sucking the crew into the Hereafter.  Fighting humanoid animals trying to build a sphere of all 16 elements who were too paranoid about their snooping was a thrilling session, and the big ship flying in despite its damages scared the furries off.

Posted by Timeshadows at 3:12 PM 0 comments